In 2016, we have a line up of schools waiting for recycling presentations and installation of bins. These include: 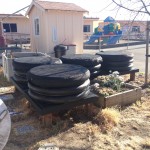 We installed a four bin system at Healdsburg Charter School 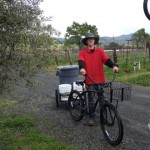 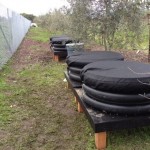 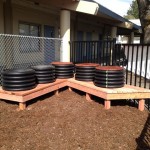 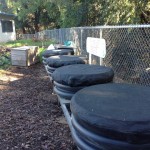 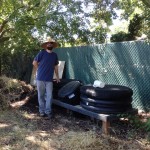 Wow, A waterfall year! Grants from the Rose Foundation, Rotary Clubs, and a loan from Kiva Zip allowed us to move forward on several new installations this year, more than ever : 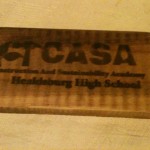 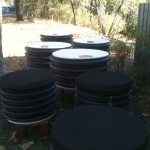 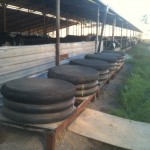 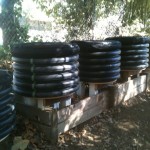 Five compost bins installed at the garden at Healdsburg Elementary

A project to equip Healdsburg Elementary School with vermicomposting bins was completed in October. The bins have been placed in the school’s garden. 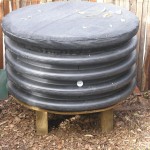 The Compost Club received a second grant from the Santa Rosa Sunrise Rotary Club, to replace the nine year old composting bins established on campus. The school received a set of four new bins and a trommel screen sifter. The sifter design was invented by the founder of the Compost Club. 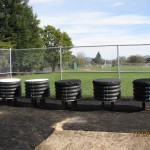 The Compost Club received a grant from the Santa Rosa Sunrise Rotary Club, to construct a worm bin composting system at the 400 student K-8 Wright Charter School. The bin system was installed in November 2010. 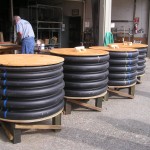 In May, the North County Detention Facility finished construction on their 5 bin worm system. With assistance from the County of Sonoma Energy and Sustainability Division, instructor Rick Stearns (ROP Jail Industries) leads  the inmates to collect food scraps and maintain the system. 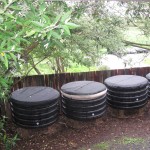 The Bishop’s Ranch conference and retreat center installed a six bin worm system in November 2009. The project was partially funded by The Rose Foundation. The system handles 100 lbs. of preconsumer food scraps each week. The system will divert 2-3 tons of food scraps from the landfill annually.The Ranch has raised $200 to date both through the sale of worms and verrmicompost. The funds offset the initial cost to stock the system with worms and bedding. 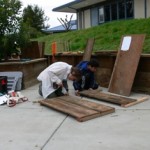 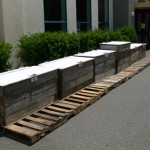 Parkside Elementary constructed a 5 bin worm system and curing bin. With assistance from Sunny Galbraith, the Compost Club, Sebastopol Sunrise Rotary, and a local fence company helped fund the construction of the system. 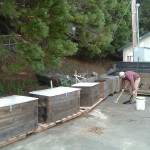 Apple Blossom School installed a 5 bin worm bin system. The project was funded by the Santa Rosa Sunrise Rotary and Sebastopol Rotary Clubs. The school now sells its vermicompost, and raises nearly $1,000 annually. They have diverted over 8 tons of food scraps from the landfill. Food that is not consumed by worms is collected by the garbage hauler (in the green waste can) and sent to Sonoma Compost. 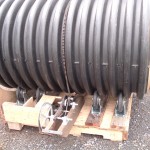 Westminster Woods Camp and Conference Center in Occidental, Ca installed a two system approach to handle 300 lbs. of cafeteria food scraps generated weekly through their environmental education program. The project was funded in part by The Rose Foundation. The center received our experimental 3 foot diameter rotating compost drum, based on specs from Jack Caldicott, a farmer in the state of Washington. The unit is powered by an electric motor that completes one revolution every six hours. Theoretically, the unit will hold the heat at 150 F plus for a week, where it can then be unloaded and fed to worm bins for the next stage of composting. The unit hasn’t functioned up to its potential in part due to the mix of food and materials and some issues with slip on the chain drive. Still, the dedicated staff is working through the bumps. 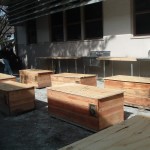 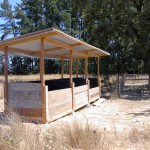 Forced air unit at Forget Me Not Farm 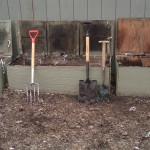 We installed our first worm bin system this year. Westside School became the model for the other projects that exist today. We based our initial work off a book entitled The Worm Cafe by Binet Payne, and from Fred Hall, the now retired maintenance staff member for the Oak Grove Unified School District. The 150 student school produces approximately 1/2 ton of compost annually and has raised over $5,000 in Compost Sales since the project began. At one point, students sold their compost seasonally at the Healdsburg Farmer’s Market.