” The history of every Nation is eventually written in the way in which it cares for its soil.”  President Franklin D. Roosevelt, March 1, 1936 on signing the Soil Conservation and Domestic Allotment Act. 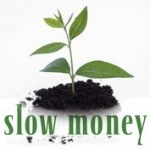 “I just happen to think that in life we need to be a little like the farmer who puts back into the soil what he takes out.” Paul Newman. Principle #6 of SLOW MONEY

A note from The Compost Club founder:

The above quotes drive the vision of the Compost Club. Gratefully, we don’t own the philosophy alone, and we don’t plan to patent it.

I didn’t really know it at the time, but The Compost Club work began in late 1997, inspired while standing in a subsistence farmer’s field in rural Panama.  On a November day, Francisco Rodriguez explained the changes to his land since 1982.  At that time, Francisco stopped burning the forest to prepare his fields each year, started to amend his soils with compost, planted cover crops, planted a parcel of organic shade coffee, converted from dryland farmed rice to flooded rice with tulapia fish production, and on and on. He had crops for his family, and crops to sell in the marketplace.

Francisco learned these skills through the monthly Farmer to Farmer program he attended, the one I was assigned to help lead for the next few years as a US Peace Corps volunteer. Francisco became my teacher and mentor. While rainforest destruction and soil degradation continued in farms around him, his farm continued to evolve in the opposite direction. Farmers would visit, from miles away, and walk away inspired. In each of the twenty small geographically isolated towns served by the Farmer to Farmer program, there was at least one farmer ready to engage in the same practices that lead to Francisco’s changes many years back.

Struck by his example, I returned to Healdsburg, CA in 2000, and began raising my own family. My full-time work for a Resource Conservation District was made possible by the action of Franklin D. Roosevelt on that March day in 1936. In my spare time, I became a volunteer, and helped with the lunchtime recycling effort at my daughter’s school. I was struck by the amount of organic waste (trash) generated by an institution, and recognized the disconnect between municipal waste sources and resource conservation. While farmers inherently have to confront and manage waste in the cycle of crop production, organic waste generated in public institutions often has no place to go except “away.” Fifty yards from the trash cans, there was a school garden. This was a dot I could help connect. I helped the school start a vermiculture program and we diverted a half ton of food scraps from the landfill, while creating a rich soil amendment for the school garden and fundraising purposes.

A couple of years later, the concept of “global warming” was becoming an introduced and debated topic in the news. “Greenhouse gases”  became a recognized term. The Sonoma County Landfill closed due to a potential contamination to the groundwater, and 1,200 tons of trash was hauled out of the county each and every workday for the next three years. The EPA Landfill Methane Outreach Program labeled landfills as the largest human caused source of methane production resulting from our approach to dispose of organic waste. Half of the “trash” is made up of food scraps and paper. The simple lesson of conservation we promoted at one school was suddenly something much greater in importance than I really recognized before.

This year, The Compost Club will reach the 100 ton diversion mark, where nearly a dozen sites are diverting their food scraps daily based on the inspiration in our simple project. Each year we educate a new group of students and provide them a daily act to learn and reinforce agricultural and environmental literacy.

Yet, since we have begun, even more exciting developments have taken place. There is now an emerging economy and industry known as “Waste to Energy.” The students from our schools will choose amongst university degrees and municipal careers that are built upon yesterday’s trash. Organic waste is now being used to generate electricity, cooking fuels (biogas), and biofuels for vehicles. Once you come across the projects of the UC Davis Biogas Project, the East Bay Municipal Utility District, or the City of San Jose, you will see that the landscape is changing. Ironically, biogas technology has existed in developing countries at an institutional scale for over 50 years. Visit documents from groups like the Food and Agricultural Organization (FAO) and you will soon see this is a topic with a lot of history.

In the same vain as standing in a farmers field, there was a second inspiration of The Compost Club I didn’t fully recognize at first. I learned that my Panamanian counterpart (leading the Farmer to Farmer program) was educated at a high school, in 1994, whose electricity was provided from pig manure.

We “get it” when we speak about chronic poverty, soil degradation, and starvation. But “compost” is, in and of itself, a topic limited and particular,  even a curiosity, until we connect the dots.  The Compost Club often produces a smirk, a laugh (think “The Mickey Mouse Club”).  We’re simple, but our mission is not. We hope to create small scale on a large scale, and it’s working.  Each year, a thoughtful person from another school or institution or business finds us, gives us a call, and we provide our technical and social support to replicate the effort. Because as Margaret Mead said… 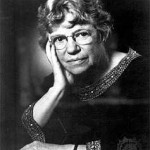 “Never doubt that a small group of thoughtful, committed citizens can change the world. Indeed, it is the only thing that ever has.”